How to Save a River at Risk? Calusa Waterkeeper Looks back at 25 Years of Working for the Watershed 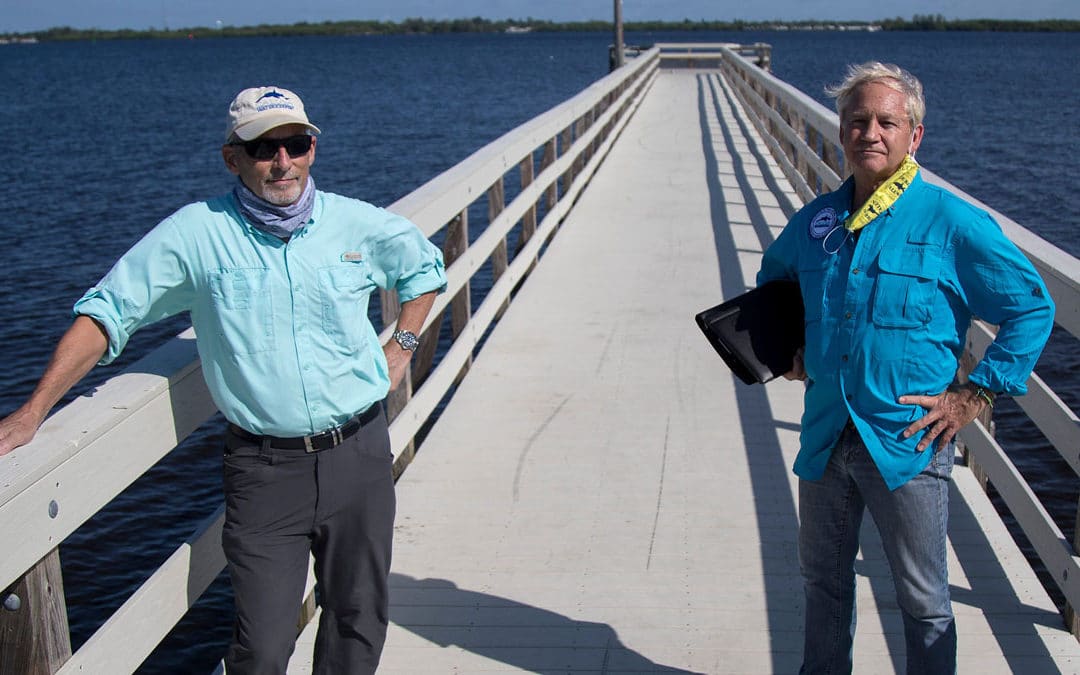 Originally published in The News-Press by Amy Bennett Williams on May 30, 2020

On any given day, Calusa Waterkeeper members might be flying over the Caloosahatchee scanning for algae, sampling its urban tributary creeks for fecal bacteria, crunching water quality numbers or screening a documentary about the river’s health.

This nearly all-volunteer corps caring for the river’s watershed from Lake Okeechobee to the Gulf of Mexico has become the face of Caloosahatchee advocacy over the last quarter-century, a means of connecting those who want to help a river that continues to need help badly.

Longtime Lee County Commissioner Frank Mann calls the group, “an inspiration to all of us who care about our area’s future … Not only were they one of the first clean water activist groups, but over the years they were clearly one of the most effective organizations in this important battle,” he said. “I know of no individual or advocacy organization that has been more effective in the fight for clean water in South Florida than the Calusa Waterkeeper.”

But 25 years ago, things were very different.

The Caloosahatchee was an orphan, under-studied and regarded by many as little more than a canal (its technical designation).

The News-Press’ “River at Risk,” a months-long project culminating in a 1995 Sunday spread and a town hall meeting, pointed out the river was chronically troubled by pollution, algae and regular infusions of wastewater. Yet no group – either government or civic – was looking after it.

Over the next quarter-century, the group, also known as the Caloosahatchee River Citizens Association and now as Calusa Waterkeeper, steadily advocated for the river in “a long, persistent effort by many people who cared about the issues and enjoyed working together,” founding member John Capece said.